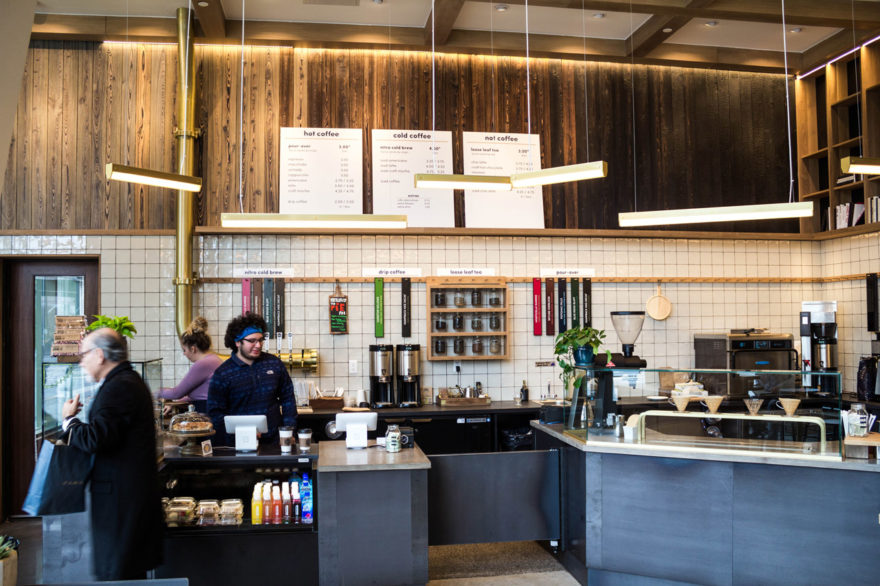 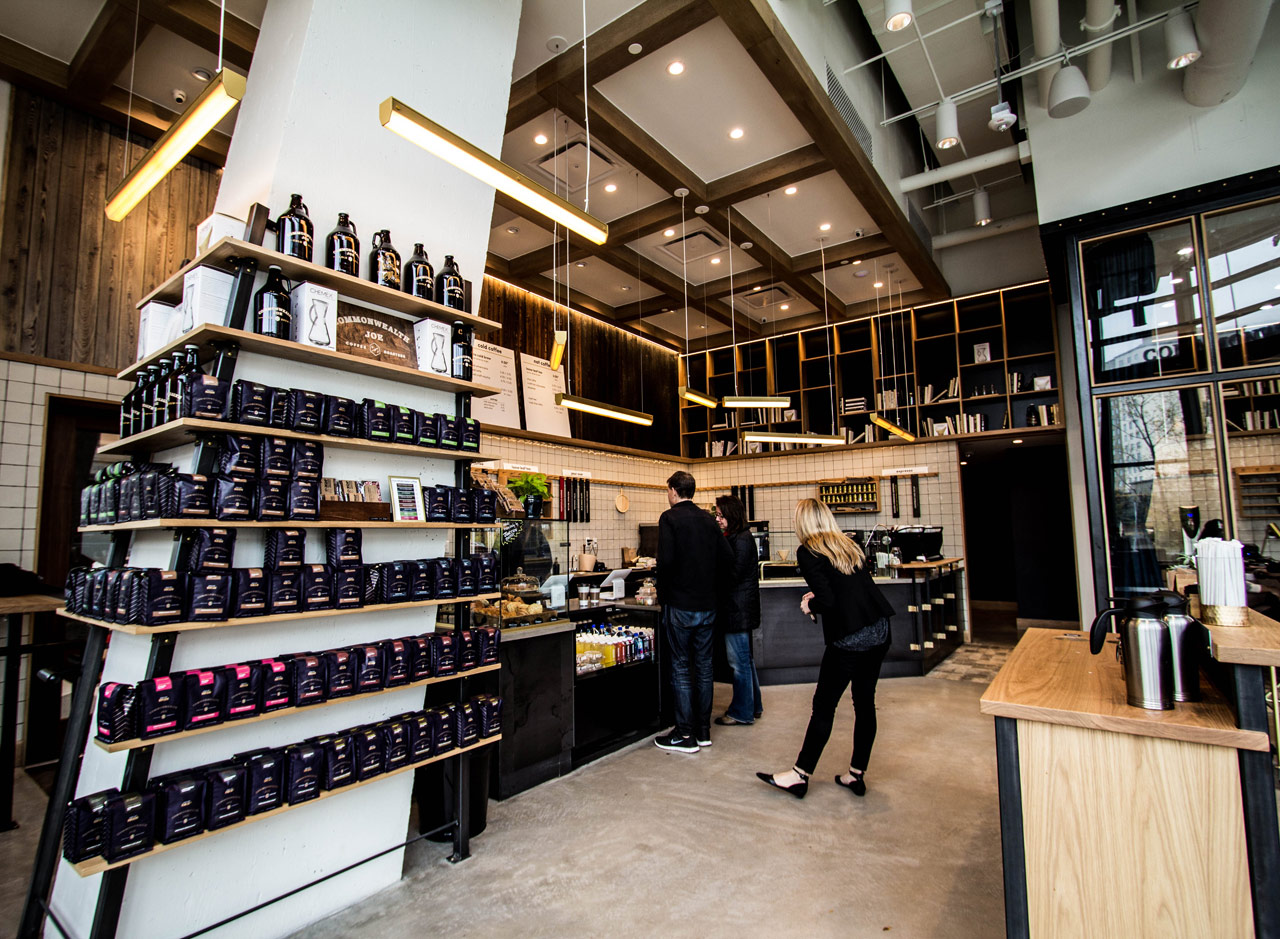 With an origin story that includes a mother and son coffee roasting team, biking cold brew coffee kegs to farmer’s markets and high-tech offices, and supplying coffee to the owners’ favorite indie coffee shops, Commonwealth Joe Coffee Roasters has opened its first permanent location at the former home of “Arlington’s Original Coffee House.” The four childhood friends who make up the ownership group bought the “Java Shack” from owner Dale Roberts in 2015, and were named the D.C. metropolitan’s “Best Coffee Shop” by Washington City Paper in 2016.

On the same block as The Bartlett in Arlington, VA, Commonwealth Joe Coffee Roasters has become the go-to spot in the Greater Washington, D.C. area for a jolt of energy and a vibrant atmosphere. “…we aim to deliver powerful experiences built around a cup of coffee,” co-owner and CEO Robert Peck said about the flagship location, “and to provide an environment that makes you feel at home and gives you a sense of place.” Included in the home-like atmosphere of the shop is a select mix of reSAWN TIMBER co.’s CHARRED shou sugi ban products.

Working with local architecture and design team, CORE, Commonwealth Joe’s wall was cladded with reSAWN’s TORA, SORA, HADAKA, TAIYO, KURO, and HAI shou sugi ban products. From reSAWN’s CHARRED collection, the wall cladding, which sits behind the main counter, ranges from the lightest shou sugi ban product (SORA ) to the darkest (HAI), and is a major part of the design aesthetic that, “…took inspiration from craftsman style.”

With deep roots in the local D.C. and Virginia coffee scene, the ownership team opened the first brick and mortar Commonwealth Joe as a way to “…breathe life into an ancient craft, and make amazing coffee approachable.” The coffee shop opened to the public on October 10th, 2016, and has adopted a mantra via Twitter: #LiveFastBrewSlow 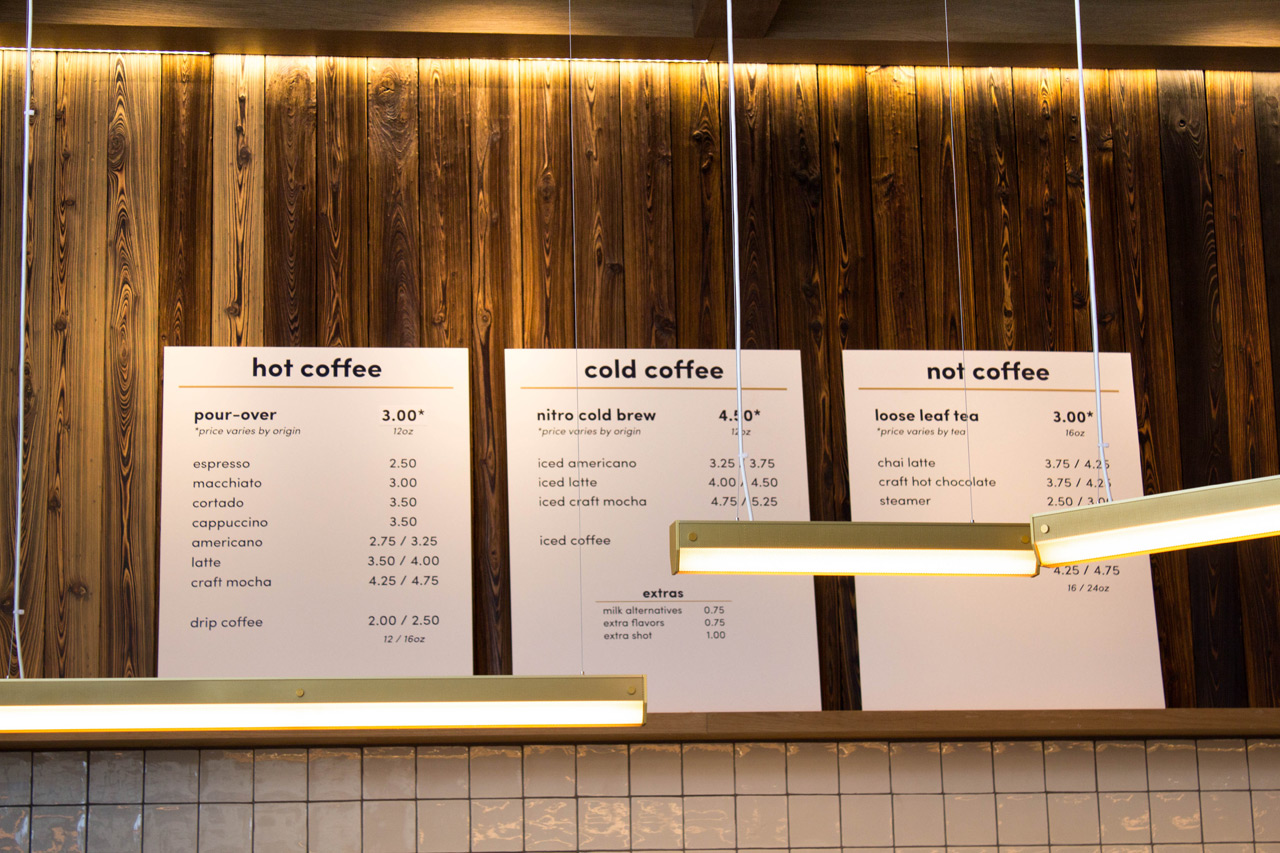